New Zealand's weather can be highly unpredictable. Enjoying the sunshine and a light breeze at home is one thing, but the wind can be twice as strong out on the water.

We've got you sorted with a range of services to keep you on top of what the weather is doing. 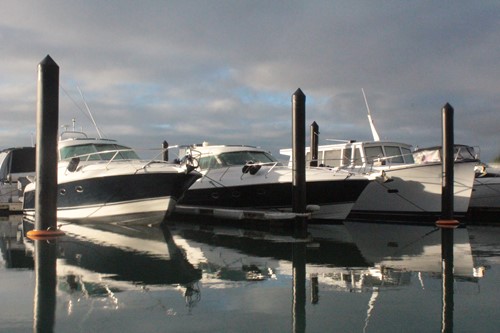 How to get the latest forecasts

Never expect the sea state to stay the same as when you set out. Marine weather forecasts tell you what the weather is expected to do, but there’s no guarantee it won't get worse. Keep an eye out for unforecasted changes of clouds, wind direction and strength.

The new generation Coastguard App features 5 day forecasts, the real-time weather situation and the ability to make a trip report right from your smartphone. It's got a boatload of handy features for fishos and boaties, you won't want to leave the dock without this game changer in your pocket. Check out the new Coastguard app.

Live weather Broadcasts are broadcast four times daily via Coastguard Radio and cover recreational forecasts, sea areas, tides, navigation warnings and local station notices. Wind warnings are broadcast as soon as they're issued, and every two hours until they are cancelled.

Check out the VHF and Nowcasting channel maps here to find your local channel.

What to look out for

Here's the information contained within a typical forecast and weather situation, and what you should look out for.

This is included in the forecast when it's expected that visibility is going to be less than 6 miles (10km).

All marine forecasts are for up to 48 hours, and usually also contain the outlook for the following 3 days.

Wind warnings are issued for coastal gales, storms or squalls, with strong wind advisories issued if the wind is set to exceed 25 knots.

Never cross a harbour or river bar without the required experience and local knowledge.

When you go to cross a harbour or river bars, it's vital that you understand the action of weather and tides.

Never cross a bar without the required experience and local knowledge, so you know that conditions will be safe both on the way out and when it's time to head home. Read more about crossing a bar safely.

Know your limits and stay within them. If in doubt, don’t go out.

Get a Coastguard membership today for peace of mind when you’re out boating.